Your computer/mining rig will need some RAM, but it’s totally different than a gaming computer build – and again, this is where you’ll have to decide if you want to do a budget build to get the most profit out of mining, or if you want to put a bit more money in up front and have a computer that is [worth more/more functional/better for gaming] after you stop mining.

Also, keep in mind that depending on what OS you are going to be using (if you’ll be using EthOS or Windows), the RAM requirements are different. Even Windows 10 (which I will be using for my Ethereum mining) has a minimum requirement of 2 GB of ram.

For a profitable mining rig, choose the cheapest RAM you can find from a name brand source 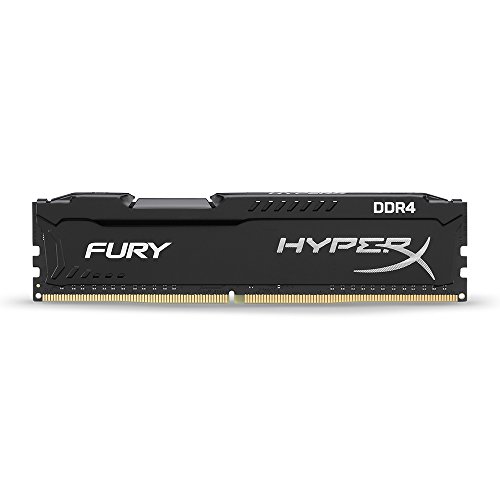 Kingston is well known for it’s computer components, and for good reason! The cheapest option in their HyperX FURY line is this 4GB single DIMM option. It’s more expensive than some of the other options, so keep that in mind. It will take your mining build longer to pay itself off, but RAM can easily be moved to a new computer in the future.

Watch out: Since this RAM is highly recommended, the cost can actually be higher than the 8GB version – which is just 2 of these 4GB modules!

To make the most profit, low price is the name of the game when building a mining rig. Although this RAM from Crucial doesn’t look nice, and it isn’t rated quite as well, it will perform just fine for a mining rig. If it’s much cheaper than any of the other options, go for it! In Canada, this RAM costs as much as the gaming RAM so it doesn’t make sense.

The Ballistix Sport RAM is rated at a slightly faster clock speed than the Kingston RAM, which isn’t necessary for our Ether mining rig build. However, this RAM built by Micron comes in a few dollars cheaper than the Kingston which puts it on our radar.

If looks at all matter to you, it comes in red, white, or grey color schemes – check them all out. Some are cheaper than others (seemingly based on ye-ole-supply-and-demand).